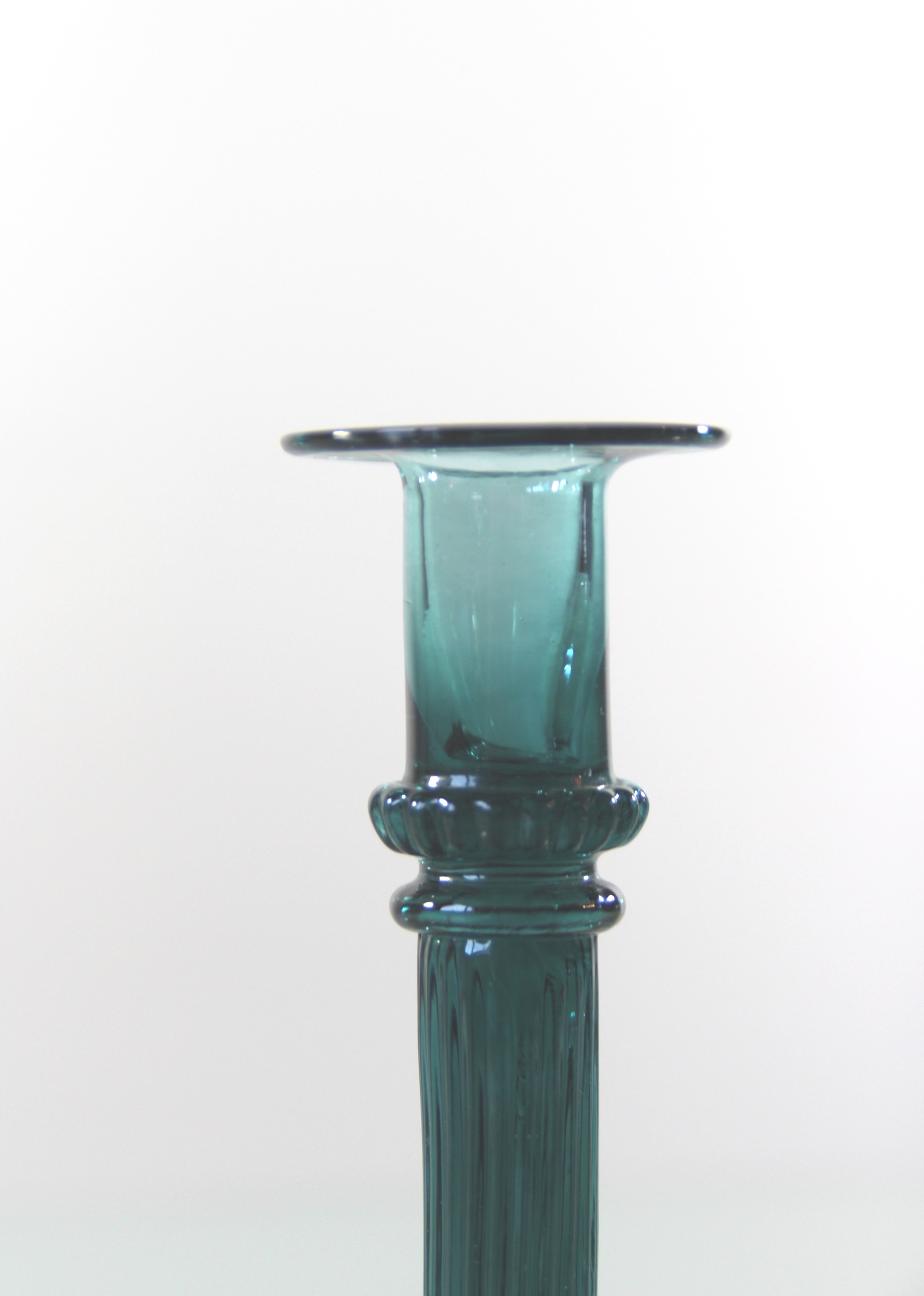 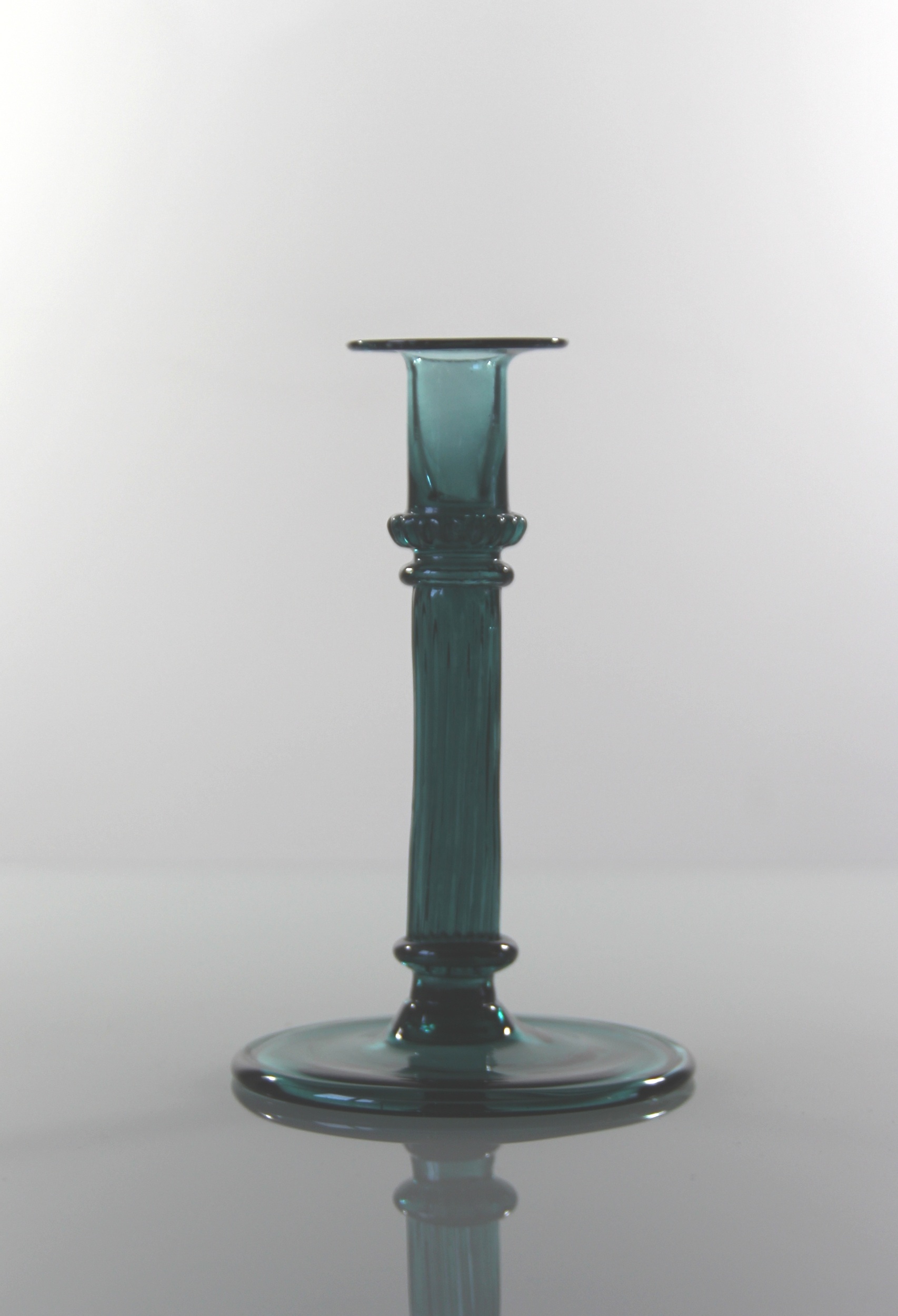 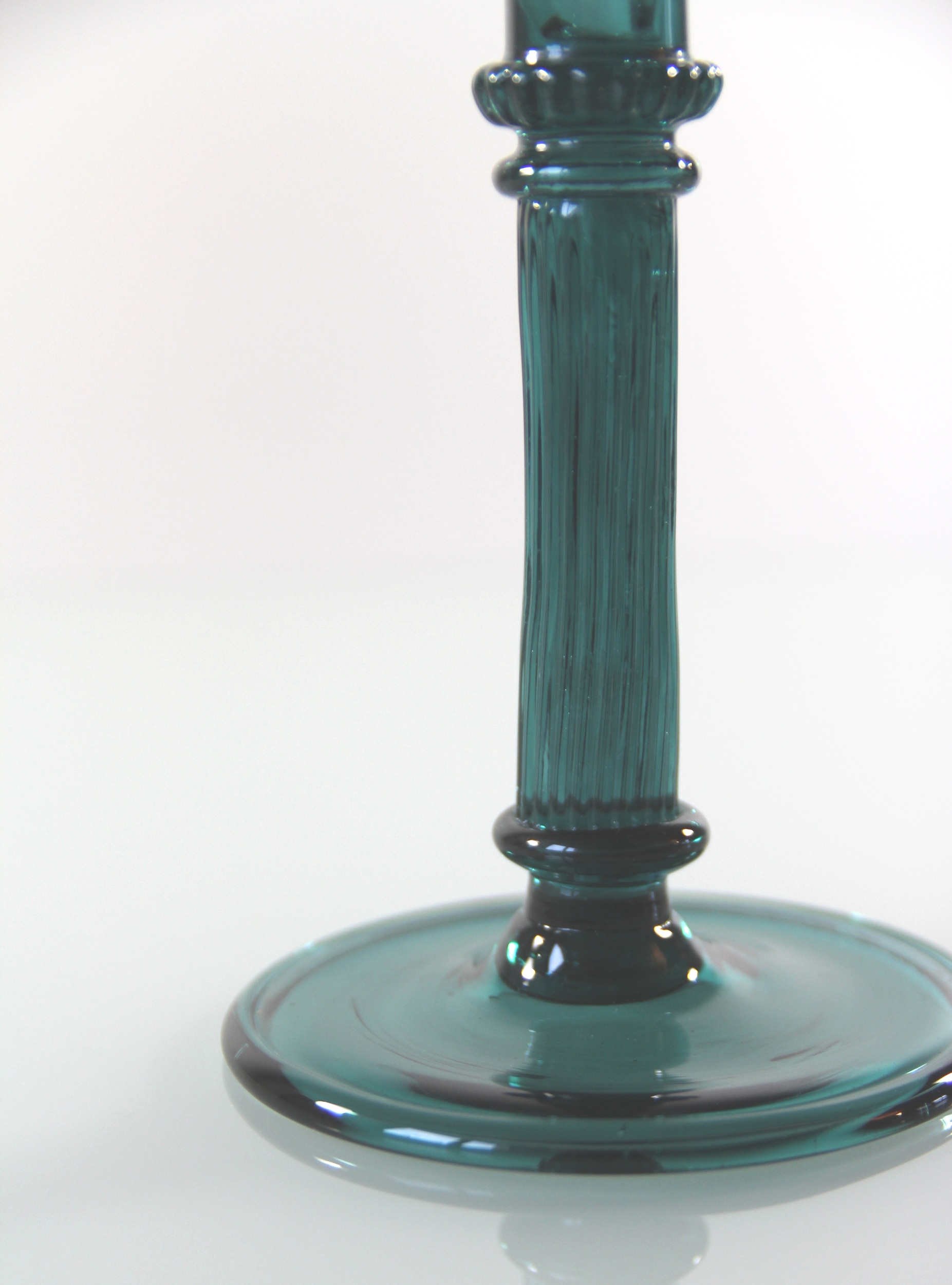 On the site of the Gernheim Glassworks they found parts of a candleholder which made a nearly complete reconstruction possible. We tried to get the same colour as the original. It is not known wether they were produced as a series or as special prototype. They were supposedly made during the second half of the 19th century. All parts we made free blown and shaped at the furnace and assembled them while hot. The use of molds was not helpful and we reproduced them as a small series.