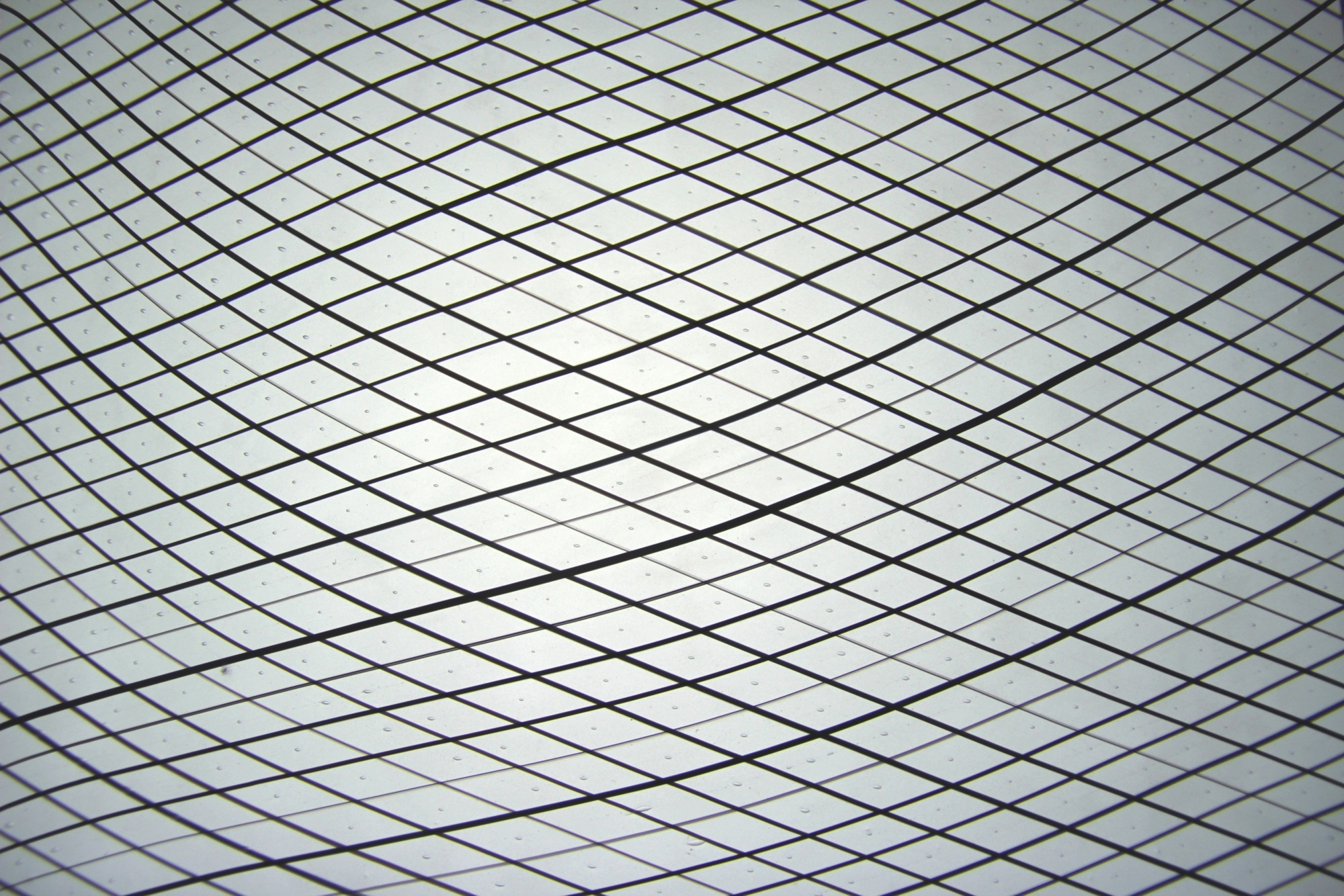 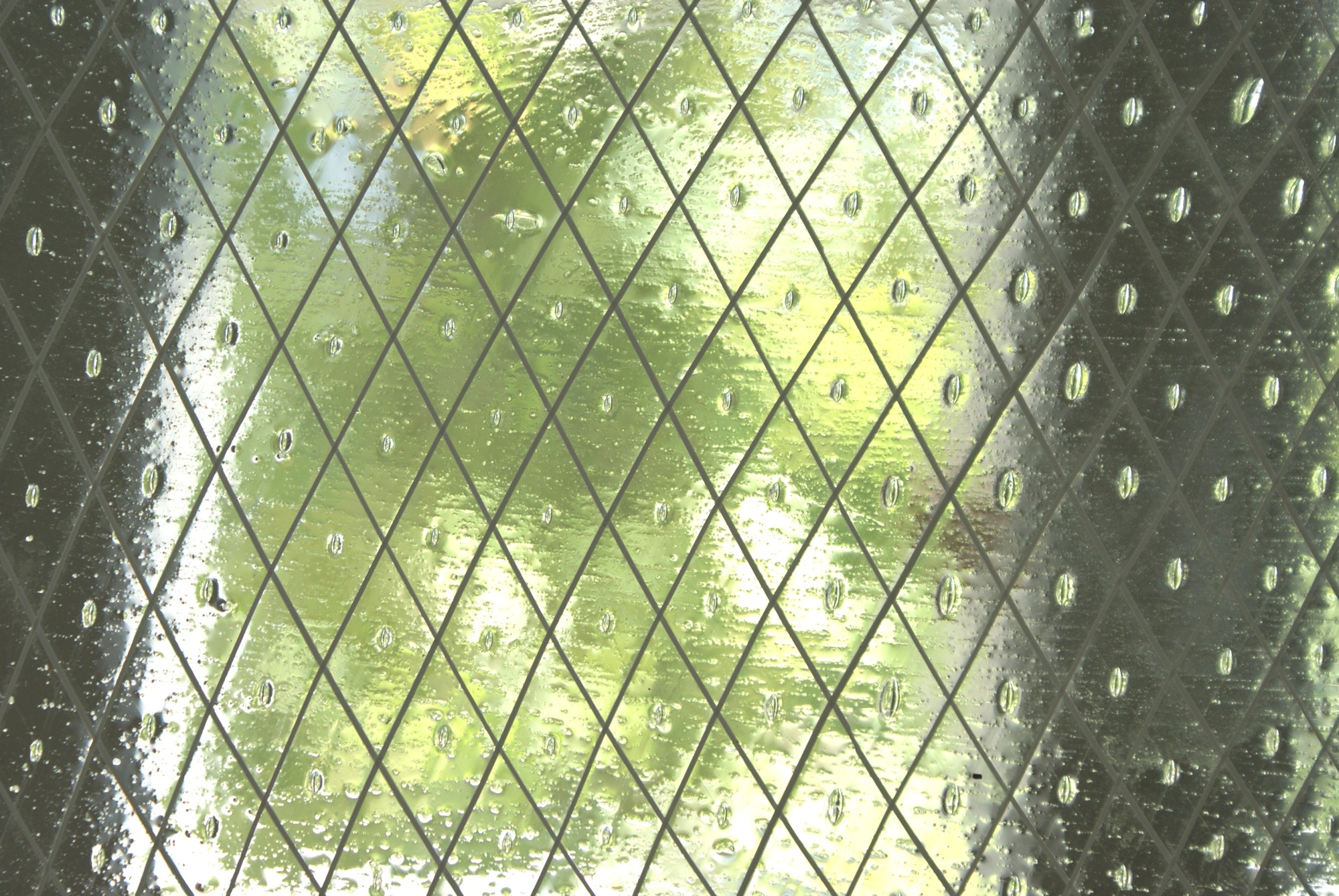 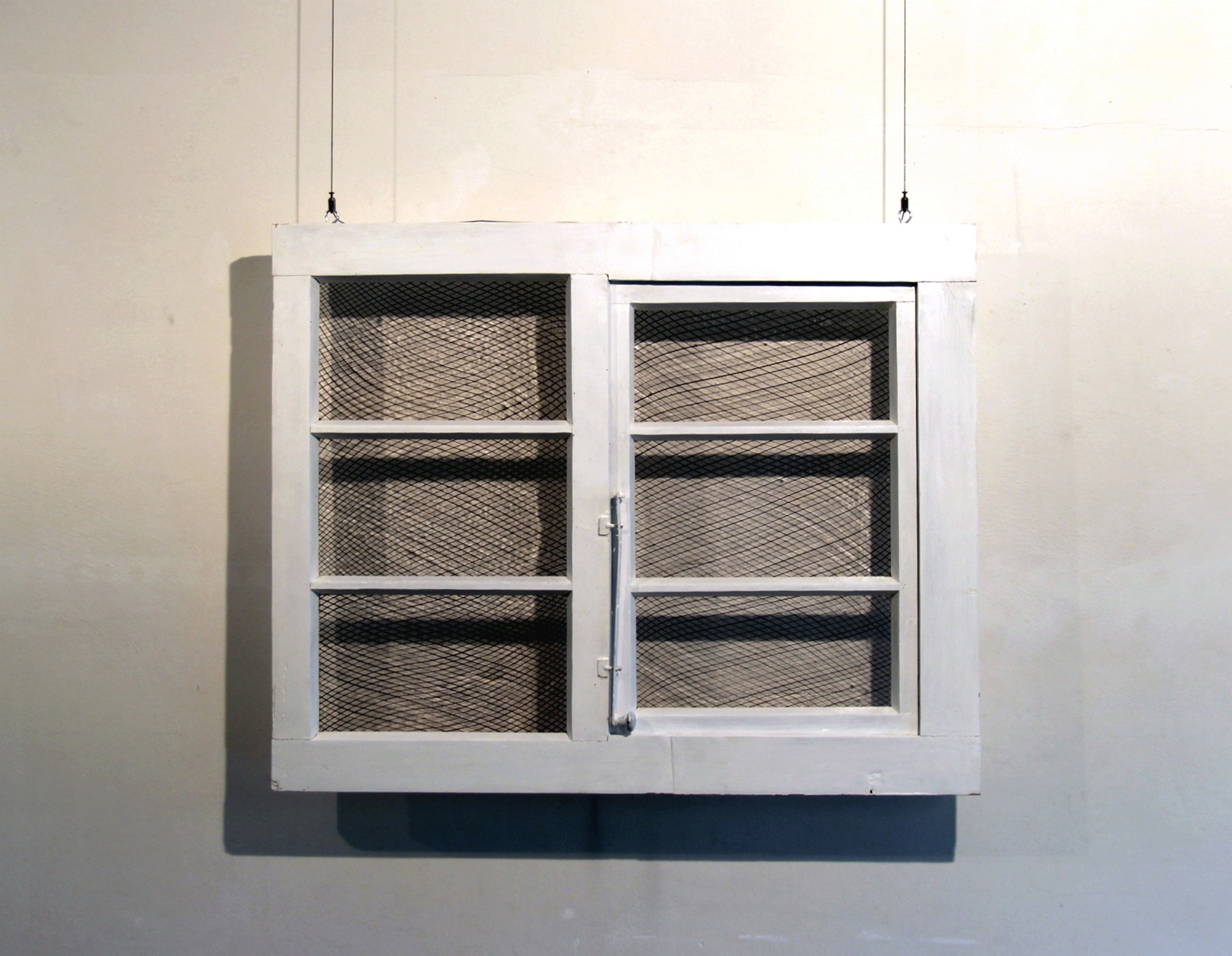 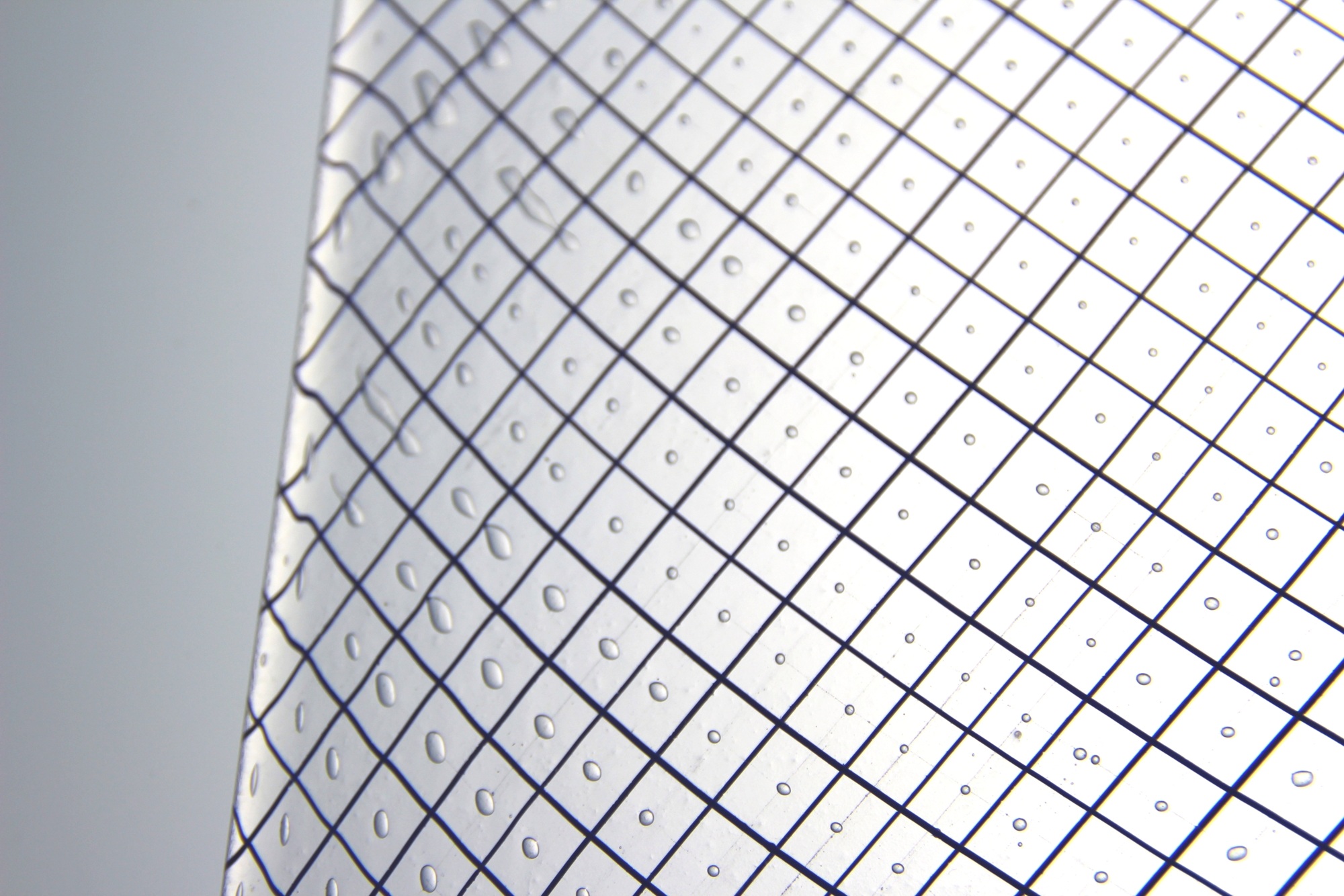 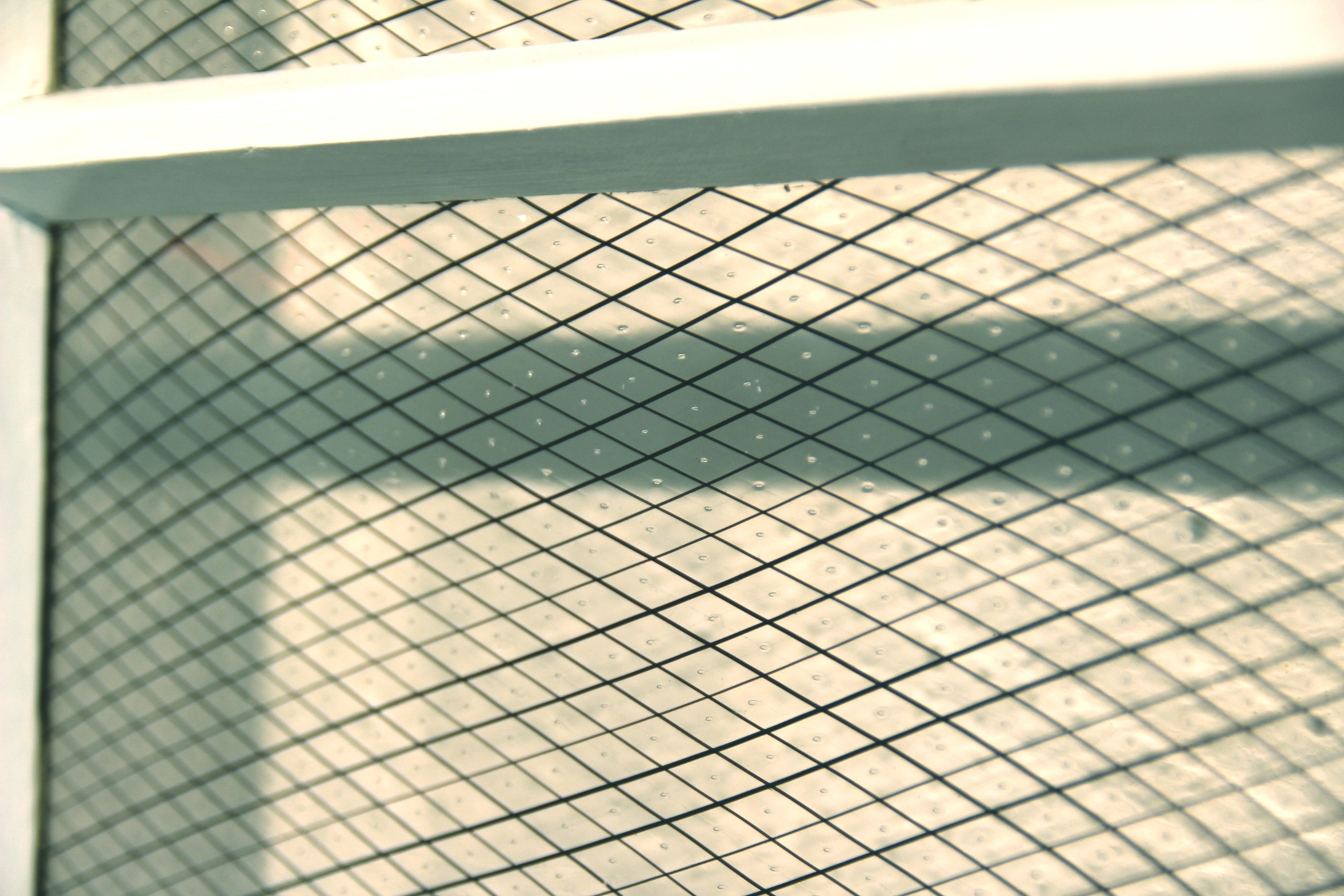 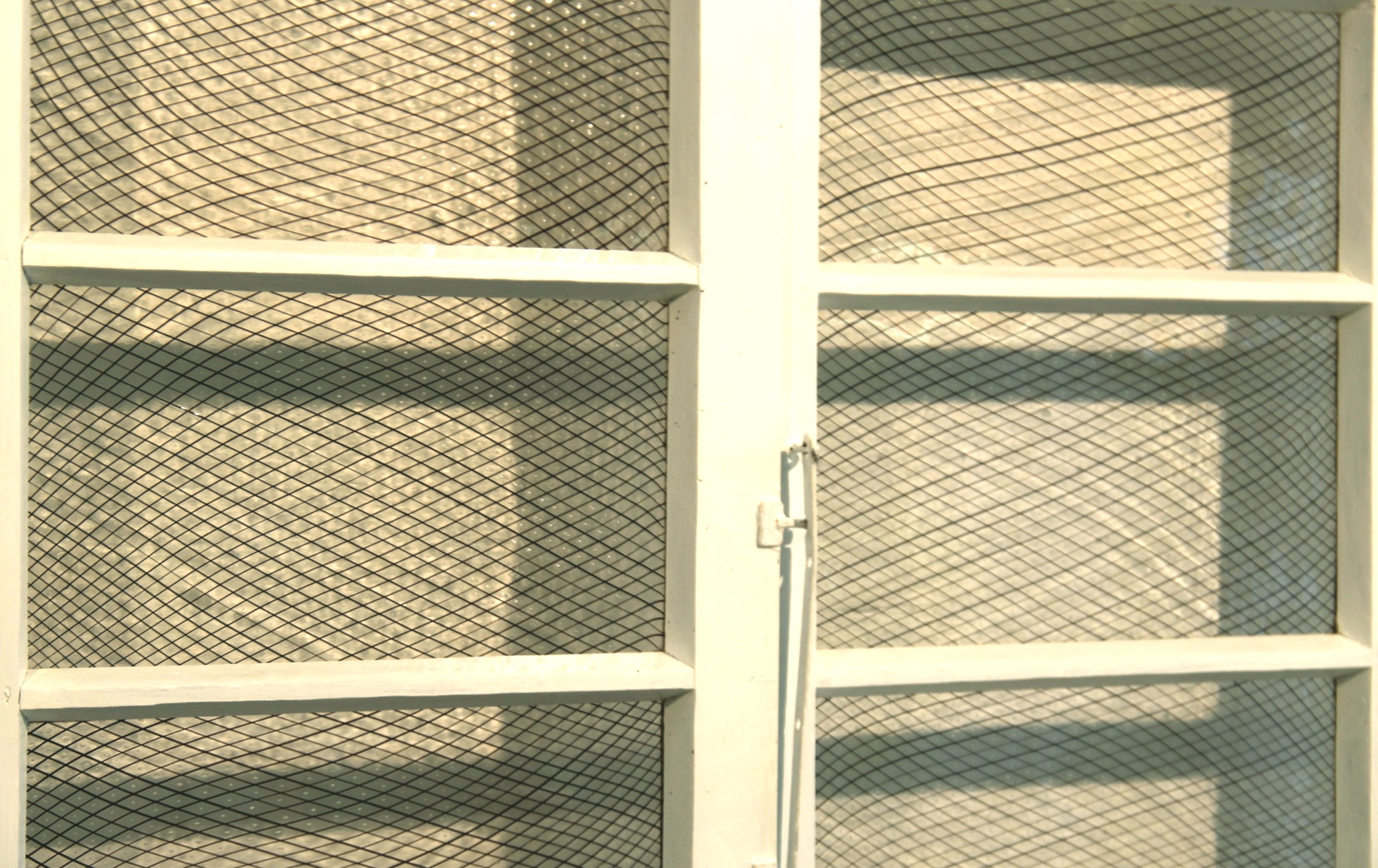 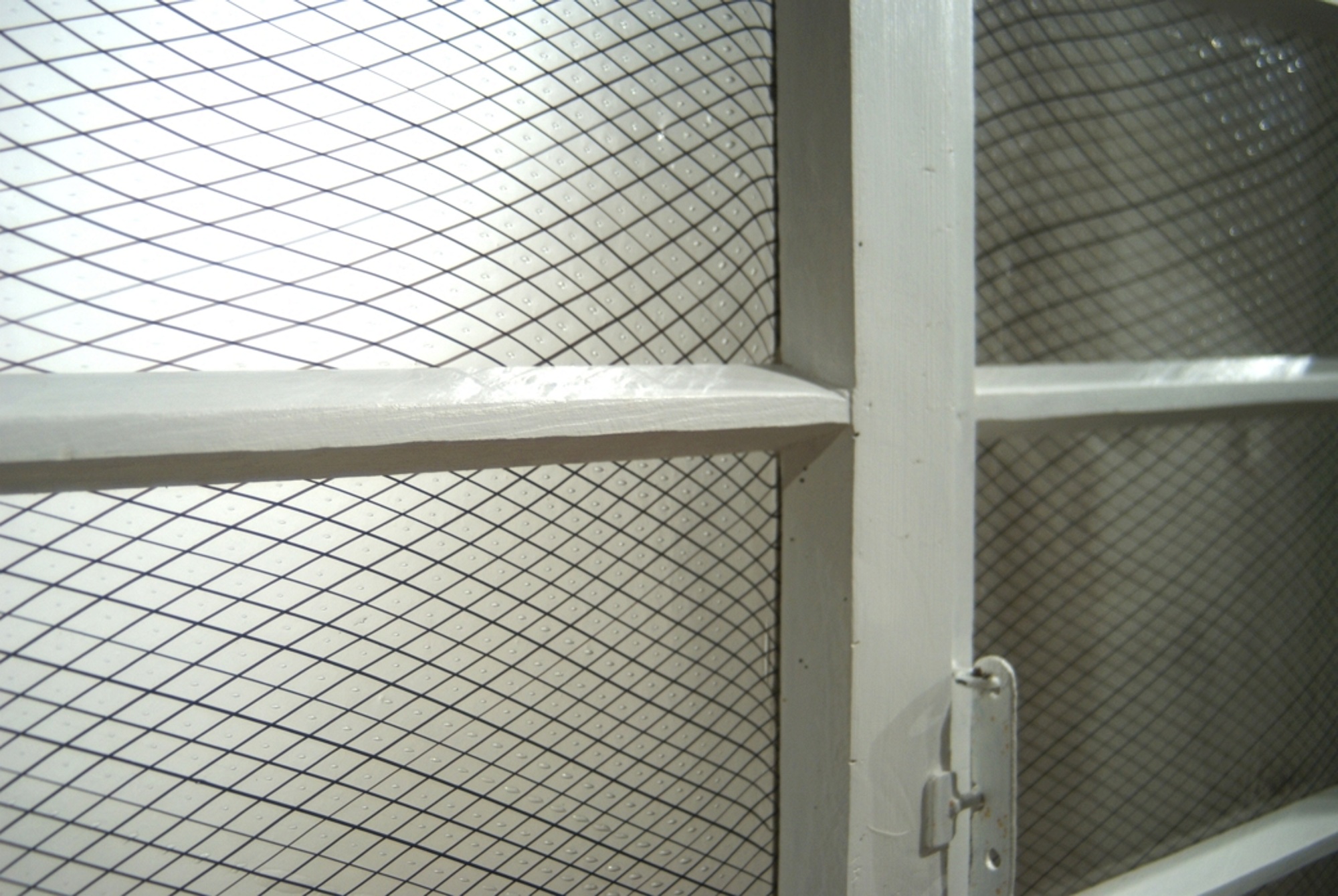 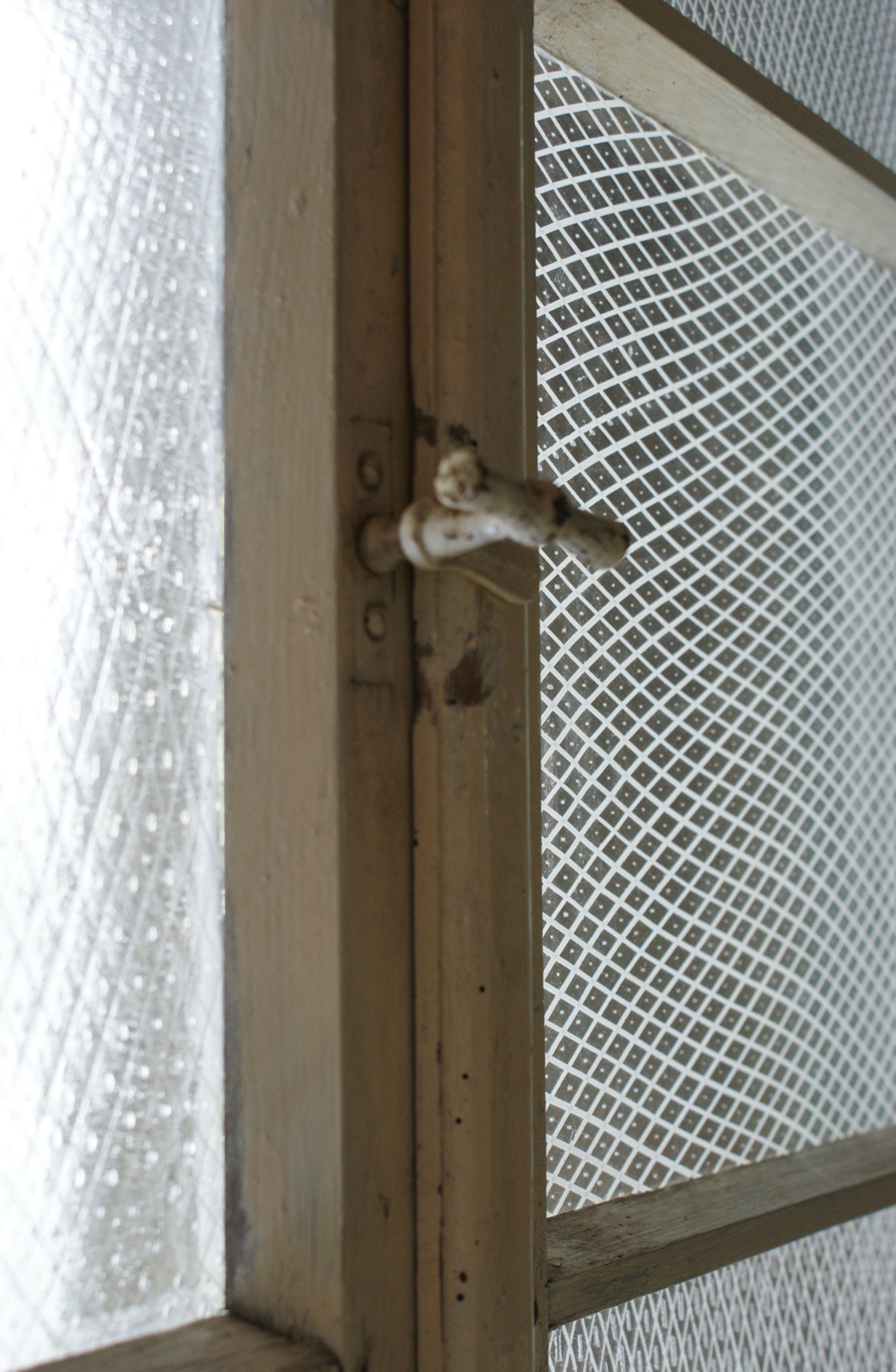 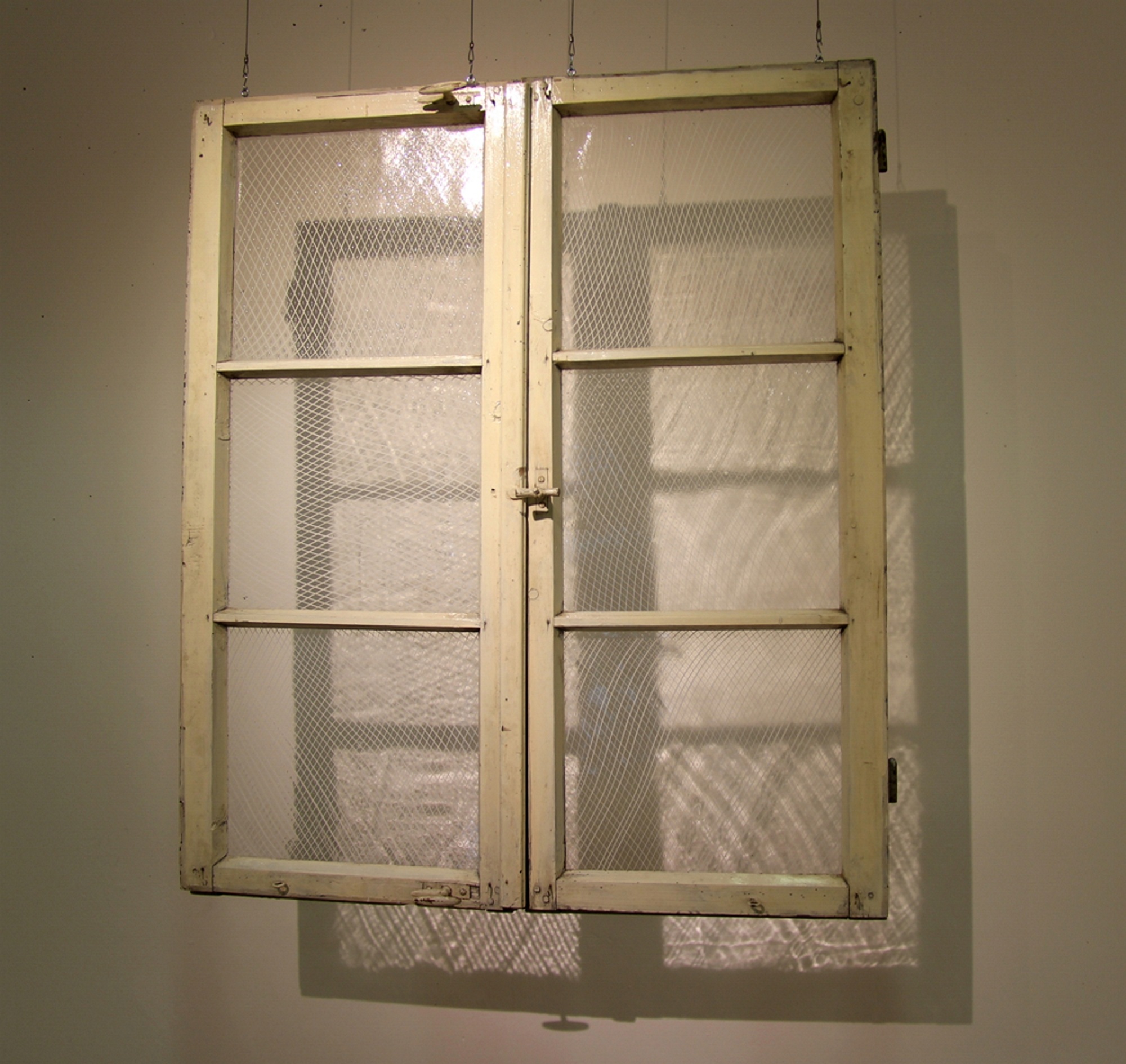 The first object I made for the exhibition "200 years Gernheim Glassworks" in 2012. It deals with the period during which they produced flat glass in this factory. My aim was to put the precious reticello technique in a new context and so I replaced the old window glass with new reticello glasses. The window frame I found on the site of the Glasfactory and restaurated it.
Later I made a second window which followed the same idea. I would like to apply this technique to larger dimensions and continue working on the many ideas I still have for it.